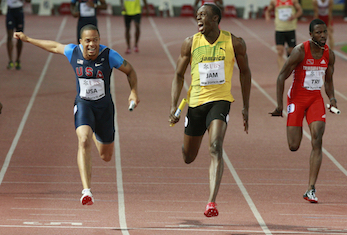 Usain Bolt, the fastest of all, crosses the finish line for Jamaica in the men’s 100-metre relay

Adjectives have an interesting feature: we can compare many of them, and then use these comparisons to compare nouns.

A comparative adjective is made in two ways:

A superlative adjective is made in two ways:

You will notice that there is no division on when you should add –er (or –est) or when you should use more (or most). Very few words of three syllables add –er and –est; unhappier, unhappiest, unhealthier and unhealthiest are among the exceptions. On the other hand, two-syllable adjectives that end in –er tend to use more and most: more eager, most sober. For some adjectives, you can use either method:

Don’t worry too much if you are unsure about whether to use –er and –est, or more and most; just check in a dictionary.

There is not much that is complicated about the different degrees of comparison but one common error is to use a superlative when comparing only two things. The superlative should be used for comparison of three or more things. 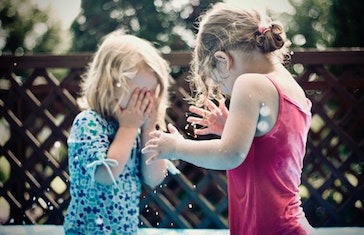 (This homily appeared on Furphy water tanks, made in Victoria, from about the start of the nineteenth century. Although the words are sometimes attributed to St Jerome, that seems to be a furphy – and furphy is a word that owes its meaning to the water tanks, used for Australian troops in World War I. Soldiers gathered round the tanks – forerunners of office water-coolers – and the gossip and rumours exchanged became known as furphies . . .) 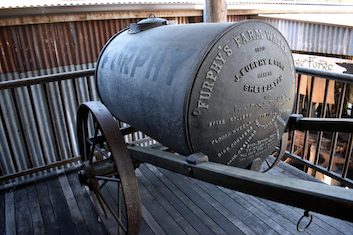 There are some descriptive adjectives that cannot be compared, because they do not have changing degrees of being. These are known as absolute adjectives, and the common error of trying to use a comparative or superlative form of them is known as a modified absolute. Open, shut, pregnant and dead are examples of absolute adjectives. 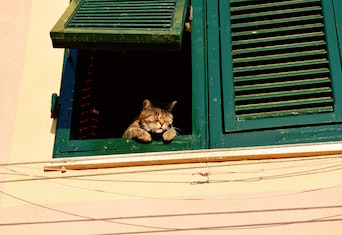 Dead is a similar adjective. Although it is possible to say I dragged my half-dead, weary body down the stairs after my exercise session that is used to indicate that I am exhausted, not that half of me has died. People, animals and plants are either alive (even if they are approaching death), or dead. Nothing can be more dead than something else. 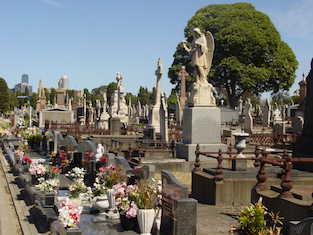 Pregnant is an interesting adjective because how advanced the pregnancy is can be modified by another word:

But otherwise a woman is either pregnant, or not; you cannot be more pregnant than someone else. 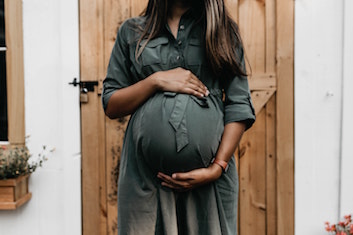 The adjective that is most often used wrongly in this way is unique: something cannot be more unique than something else, and nothing is most unique. An experience, an event, whatever it is that is being described is either unique, or it is not. 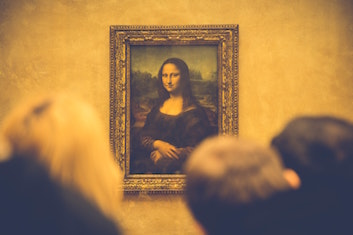 The Mona Lisa is unique (never more unique or most unique)