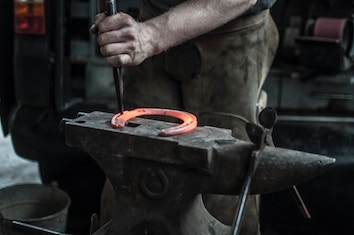 There is a difference between red-hot metal and red hot metal.

We know that we use adjectives to describe nouns, pronouns and other adjectives. But when we have a long string of adjectives before a noun, it is possible that some of them describe another adjective, rather than the noun at the end of the string. Consider these two sentences: 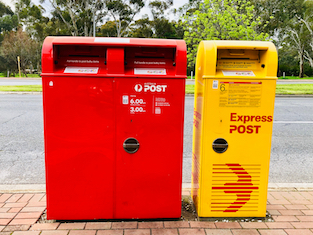 A post-box can be both hot and red: a red, hot post-box.

In the first sentence, red is describing the hotness of the metal: it is red hot, not white hot. The sentence does not mean that the metal is coloured red. But in the second sentence, red is describing the post-box, not the hotness of the post-box. Heat can be described in a number of ways: for example, welding produces a white-hot flame, not a red-hot one. To show that red is describing hot and not metal in the first sentence, we use a hyphen to connect the adjective red to the other adjective (hot) that it is describing. The hyphen creates a multi-word adjective that we call a compound adjective. The fact that the adjectives in the second sentence are not connected means that the both, separately, describe the post-box: it is a red post-box, and it is also a hot post-box. (Note: generally, we would not write ‘red hot post-box’ but ‘hot red post-box’: I have used an incorrect order of adjectives simply to make a point.) 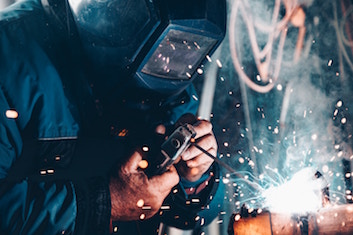 We need to take care when creating compound adjectives, because the placement of the hyphens can change the meaning. Consider this sentence:

We have four adjectives before the word fence, and without extra help we cannot tell exactly what the writer means (which of the adjectives describe each other, and which describe the fence). The sentence could be either of these:

I explained in an earlier post that adjectives can also be placed at the end of a sentence, after both the noun they describe and also after a verb. When adjectives are in this final position they are known as predicative adjectives (while those immediately before a noun are attributive adjectives). 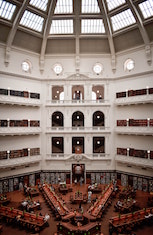 The nineteenth-century Reading Room of the State Library of Victoria

Photos: blacksmith and horseshoe by  Jonathan Bean on Unsplash; post-box by Shutterstock.com; welding by Christopher Burns, gate and fence by Osman Rana, fence with hole by Calvin Ma, Reading Room by Finn Whelen, all on Unsplash