Full stops and other shortened words (measurements, acronyms and initialisms) 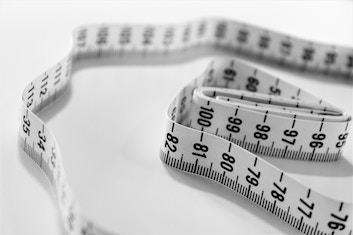 There is a very simple rule with abbreviations for metric measurements: you never use a full stop with them. 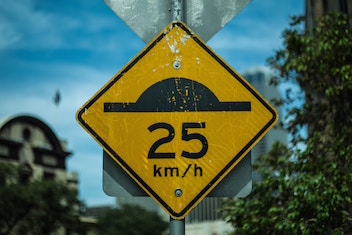 (I have to confess that I don’t know what Americans do, but, on the whole, Americans don’t use the metric system, so it probably isn’t a problem that occurs too often. Americans working in metric units in international environments – for example, science – use the international convention of no full stops. The Chicago Manual of Style, an editor’s reference work, does say no full stops with abbreviations of metric units.)

While some imperial units may have had full stops after them in the past, the Macquarie Dictionary has long recommended no full stops with such abbreviations as in (inches), yd (yards), pt (pint), oz (ounces), lb (pounds), cal (calories), ac (acres), although it does use a full stop with gal. (gallon). Moral of the story:  if you are working with these old-fashioned units, check in a dictionary.

Acronym is a term that is widely understood to indicate a word that is made up of the first letter or letters of a number of words, often the name of an organisation. Initialism is editorial jargon for these words; acronym, in this specialist system, is used for these abbreviated words when they are pronounced as one word. Anzac and Unesco, in this system, are acronyms; NSW and ACT, for example, are initialisms.

For the purposes of deciding whether to use a full stop or not, it doesn’t really matter whether you call them all acronyms or divide them into acronyms and initialisms: you don’t use full stops with any of them.  CSIRO, ACT, PM, MP, Unicef, Unesco, BA, MBA, PhD, OA, CEO, VP – no full stops for these abbreviations of multi-word expressions. 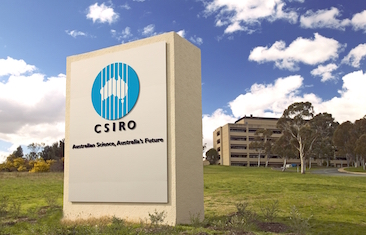 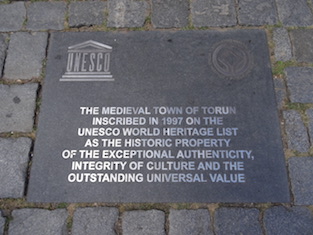 If you are writing an address, the rule in Australia has been for many years that no punctuation should be used (I believe this was originally because automatic mail-sorting machines had a hard time deciphering punctuation). Since most Australian states and the two territories are acronyms when abbreviated (ACT, NT, WA, SA, NSW) this doesn’t matter. Vic. and Tas., single-word abbreviations, should logically have full stops (since the last letter of the abbreviation is not the last letter of the state’s name) but since we use these abbreviations most often in addresses, we don’t use punctuation as this would confuse the machine.  (I haven’t forgotten Queensland; since the abbreviation is Qld, where the last letter is the same as the full word, no full stop is required.)

Photos:  measuring tape by Siora, road sign by Makarios Tang, both on Unsplash; CSIRO headquarters, Canberra by David McClenaghan, Unesco plaque in Torun by Pdel21, both on Wikimedia Commons (details of the  CC BY-SA 3.0 and CC BY-SA 4.o licences, respectively, on the copyright page)