The Parts of Speech

The parts of speech is simply the term used to describe the group of functions that words carry out in speech and writing. One of the hardest things to cope with in English is the fact that most of the ‘rules’ aren’t black and white, and it can hard to pin exact answers to any grammatical question. This lack of clarity even extends to the basic functions of words in sentences: depending where and when you learnt or learn about English grammar, you could learn different parts of speech! Perhaps the best way to think about it is that the parts of speech are like the pieces of a puzzle: we put them together to make meaningful language. It’s just that we give the puzzle pieces their own names. 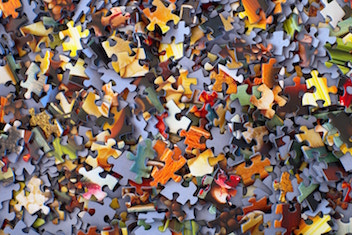 Traditionally, English words have been divided into eights parts of speech, based on the parts of speech in Latin. These are nouns, pronouns, verbs, adjectives, adverbs, prepositions, conjunctions and interjections. The problem was that there are three little words – a, an and the, known as articles – that didn’t fit into any of these categories,  because, in Latin, there are no articles.  Yes, someone at some stage should have just said: ‘This is silly. In English, we have nine parts of speech and the last one is articles’ – but no one ever did, and English students just carried on, ignoring the fact that there was a part of speech (a category of words) that was just missing.

In recent years, language academics have finally dealt with this problem, and created a new part of speech called determiners. But for some reason, they decided to stick with the idea that there were just eight parts of speech, and they did away with interjections. This was equally silly, as interjections – words like alas, hey, ouch and oi that are ‘interjected’ into sentences, particularly in speech – do exist and don’t fit comfortably into any of the other categories. The contemporary parts of speech are thus nouns, pronouns, verbs, adjectives, adverbs, prepositions, conjunctions and determiners. In addition to ignoring interjections, those who developed the new categorisation of word functions moved some words out of pronouns and adjectives into the determiners category. It probably seemed logical at the time; to me, it just looks like an attempt to beef up the category so that it contained more than a, an and the.

My personal view is that there are nine parts of speech.  I’m not a fan of determiners (I’m a grammar traditionalist in a lot of ways), so I prefer to think the parts of speech are nouns, pronouns, verbs, adjectives, adverbs, prepositions, conjunctions, interjections and articles. When I teach grammar, I explain the illogical history of the parts of the speech, and usually point out that interjections haven’t vanished, despite the contemporary view that there are nouns, pronouns, verbs, adjectives, adverbs, prepositions, conjunctions and determiners. (I may be a traditionalist but I’m also a realist: I can’t turn back the clock).

The main thing to remember about the parts of speech, whether you choose to believe there are eight or nine and whether you adopt the traditional or contemporary categorisation, is that the parts of speech are based on functions, not on the words themselves: you can’t necessarily tell what part of speech a word is just be looking at the word. Some words, because they have more than one meaning, are capable of performing different functions in different sentences and thus can be different parts of speech at different times. For example, the word rose can be a noun, adjective or verb:

And there are other words that are only ever the one part of speech.

Over the coming weeks and months, I’ll be working my way through all nine parts of speech …