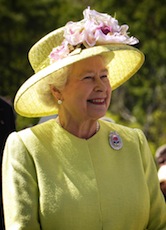 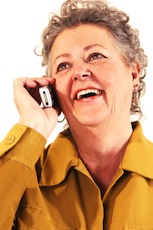 Proper or common? Of queens, receptionists and capital letters

One useful way to split up the infinite number of nouns is to divide them into common and proper nouns. It is a useful division, because proper nouns are a very strange group of nouns: in several ways, they have quite different characteristics from all other nouns.

When I was in primary school, I was taught ‘Proper nouns start with a capital letter’ – and this is true. One of the best ways to recognise a proper noun is from its capital but since we also capitalise the first word of sentence, many acronyms and personal titles, a capital letter doesn’t always show that a word is a proper noun.

The best way to think of proper nouns is as the individual name of specific people or things. In the sentence

The author of this blog is Susan

Susan is a proper noun; it is the name of a specific person: the writer of the blog (who also happens to be me).

While one of the distinguishing features of most nouns is that they can be singular or plural, this is not really true of proper nouns. This is logical when you think about it: if a proper noun is the specific name of an individual, then by definition it won’t be plural because it names only one person or thing. Sometimes there are cases where proper nouns exist as plural: In my first year at high school, there were five Susans in my class – but generally we don’t write or talk about several Southern Cross Stations or many Mount Bullers or different Melbournes.

One of the other striking features of proper nouns is that they are frequently made up of several words: Yarra River, Western Australia, Southern Cross Station, Commonwealth Scientific and Industrial Research Organisation. In this case, although the group of words may look like a phrase, we recognise the entire group as a proper noun. Most of the parts of speech can exist in multi-word forms; the multi-word forms are simply known as compounds. Proper nouns are thus very often compound nouns.

Finally, while most nouns are used with articles (a, an, the), proper nouns are rarely used with articles. Again, there is some logic to this: the role of an article is to signal whether we are talking about something in general (a queen) or particular (the queen). Since a proper noun always designates a particular person or thing, it would be illogical to use an indefinite article (a, an) before a proper noun, and redundant to use a definite article (the).

Of course, like most things in English, there are some instances where an article can be used with a proper noun, but this is where the proper noun has become the name of a small group of particular individuals or things, rather than just one:

I knew a Susan once: the Susan I knew had curly hair.

There is another grey area with proper nouns: are titles (queen, prime minister, pope, doctor, professor, chief executive officer, managing director, receptionist) proper nouns or not? Generally, when we use a title immediately before a person’s name, it is given a capital and effectively makes the title and name into a compound proper noun: Queen Elizabeth, Prime Minister Turnbull, Pope Francis, Dr Steel, Professor Bailey.

But when we use a title on its own, the Australian practice (part of a growing global trend) is not to treat it as a proper noun: the queen, the prime minister, the pope, the doctor, the professor. Even for the queen and the pope, it could be argued that we have ceased talking about a particular named individual and are talking about a position that is held by a number of people over time.

Titles that have a short history in our language (compared with queens, popes, professors and doctors) – and they include chief executive officers and managing directors as well as receptionists – are not used before names. We never say things like:

Instead, we use these titles in apposition, or it could also be argued that the we separate the name from the position with a vocative comma:

Notice too that chief executive officer, queen, receptionist, pope and the other examples don’t share the unusual characteristics of proper nouns: these words can easily and naturally  be singular or plural or used with definite and indefinite articles. This, in my mind, prevents these job titles, when used on their own, from being considered proper nouns.

There is a trend to use lower-case even for quite long and specific titles: the minister for regional development, territories and local government, the minister for trade, tourism and investment. (For examples of this, look closely at The Monthly and The Saturday Paper.) This trend has both logic and simplicity in its favour, but it runs up against tradition and the way we humans like to make ourselves and others seem more important. Within organisations, people like to give capitals to what they consider important: ministers, chief executive officers and managing directors are such a case. But then where does an organisation draw the line? The Assistant Junior Manager of Human Relations?  The Supervisor? The Receptionist? The Cleaner? The Casual Dishwasher? In an egalitarian society, perhaps everyone’s job title should be capitalised – or no one’s . . . After all, if we no longer capitalise the queen or the pope, what case is there for anyone else?

Finally, a number of compound nouns (those that aren’t proper nouns) can be turned into acronyms: CEO and MD, for example, for chief executive officer and managing director. This can be a source of confusion: people seem to think that because we use capitals for the acronym, we should therefore also use capitals for the spelt-out words. This is just not the case.  The fact that a capitalised acronym exists has no relationship to whether or not the actual words should be capitalised when spelt out.  Examples such LHS and 4WD make this clear: we don’t write about the Left-Hand Side of our Four-Wheel-Drive vehicle.

So much for proper nouns: what then are common nouns? That’s easy: common nouns are all the other nouns that aren’t proper nouns. Job titles (queen, prime minister, pope, managing director) are examples of common nouns.