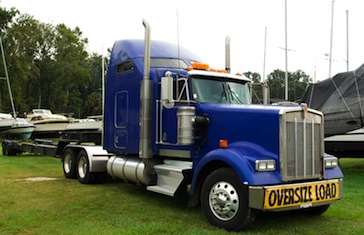 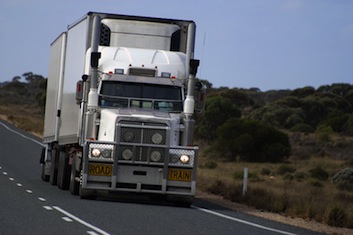 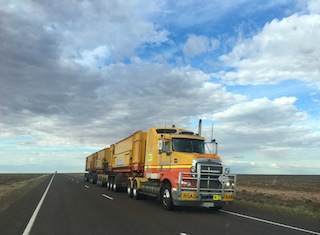 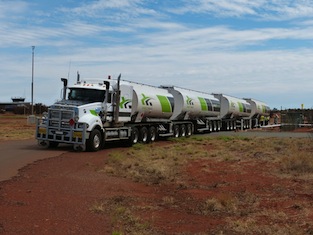 In the same way that a truck can be just a cab, or have one or more trailers attached to it, verbs can be just one word or several.

Before we start investigating the intricacies of tense and aspect, it helps to first be able to recognise a verb. Like nouns, verbs can be one word, two words, three words or more. If nouns are the shipping containers of langauge, and verbs are the trucks, we can think of verbs as being like a truck cabin and engine to which we can add one or more trailers. It doesn’t matter how trailers we add to the truck, it is still a truck; in the same way, it doesn’t matter how long the verb is (five words is the maximum), we still recognise it as a truck, and not some other form of transport. 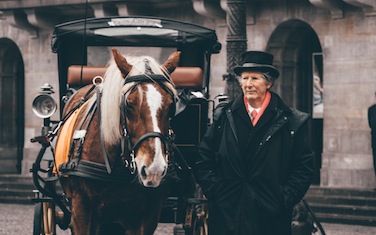 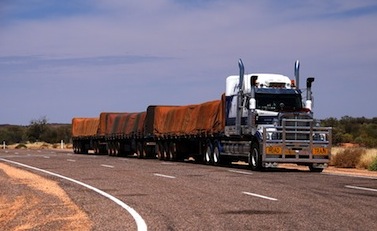 It doesn’t matter how many trailers a truck has, we still know the difference between a truck and other forms of transport.

In transport, we add more trailers to trucks to carry more freight; with verbs, when we add more words, we add more meaning to our verb. While a  simple one-word verb tells what action is happening, a verb of two or more words adds extra meaning to the action. And the meaning is very specific: these extra words tell us whether the action happened in the past, is happening now or will happen in the future – in other words, the time the action takes place – and whether the action is finished or continuing. In grammar, these two meanings are called tense and aspect.

Aspect is not very often described as a separate part of verbs – many references just combine aspect with tense without ever mentioning it – but I believe it helps to understand this very complex part of speech if we see aspect and tense as separate things that verbs tell us.

This table shows the different combinations of tense and aspect for the verb to travel, for the third-person singular form (I talked about person and number in my first blog about verbs: Verbs: An Introduction).

Simple aspect is the simplest to understand: apart from future tense (where we add the word will to indicate that the travelling will happen in the future), the verb is just one word. We add –ed to form what is called the past tense form. While most verbs add -ed, there are quite a few, known as irregular verbs, that create the past tense in a different way : for example, swim and swam; write and wrote; ring and rang; buy and bought.

The first thing you will probably notice is how we add different forms of the verb to be (in this case, is, was, be) and the verb to have (had, has, have) to make different tense and aspect combinations of our basic verb (to travel).

I like to define verbs as doing, being and having words, because this definition highlights the special role that the verbs to be and to have play in English. While they can both be verbs on their own – I am an editor or  He has a truck  – they have a more significant  function in acting as auxiliary verbs to create these different tense and aspect combinations.

Auxiliary means to give support or assistance; for example, some areas in the USA have auxiliary police forces. More relevant to trucks, an oversize truck will usually have an escort vehicle in front of it, warning other traffic about the extra-wide load approaching. This escort vehicle fulfils exactly the same function as an auxiliary verb; it starts to signals what type of truck (verb) is coming. 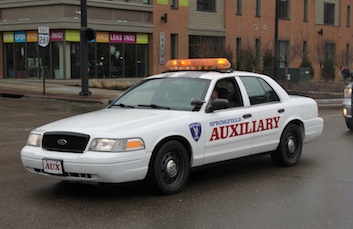 We also have the seemingly contradictory and last form of aspect: continuous perfect. It seems nonsensical that something can be perfect (complete) and ongoing (continuous) at the same time, but the English language is a remarkable thing, and accomplishes this feat of making action both ongoing and completed. We use it to describe part of an action in the past that happened for a while before something also happened in the past to finish part of that action: for example, The truck had been travelling in wet and dangerous conditions for some time before the weather finally improved.

If an auxiliary verb is a truck’s escort vehicle, we can perhaps think of the participles as the truck drivers, Ed and Ing(e). 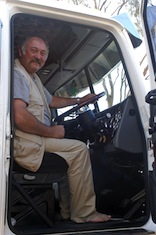 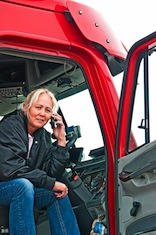 Ed and Ing(e): the participles

Aspect, tense, perfect, continuous, auxiliaries, participles: if you feel it is all a bit overwhelming, don’t be put off. In everyday conversation and writing, even for most formal writing, we rarely need to use the full range of tense and aspect variations.  Generally, for written communication, the simple past is all we need: I wrote, we discussed, they agreed. We only start to need the longer forms of verbs when we start to talk about a sequence of events in the past – for example,  They had decided the outcome before they came to the meeting – or if we particularly want to emphasise the ongoing nature of something: for example, I was waiting for you to finish; I am intending to go to the gym later; I know you have been waiting for me to chop the vegetables.

This interaction of different auxiliaries and different participles (different words) to show different tense and aspect is one of the most complicated parts of grammar to understand. The astonishing thing is that native speakers absorb all this as very young children, generally before they start school . . .