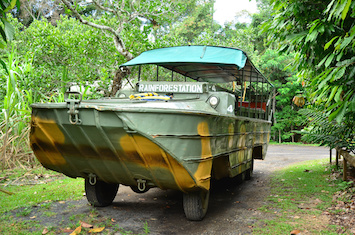 Some words are like amphibious vehicles that can be both a boat and a truck: the same basic word form is equally at home behaving in very different ways

One of the confusing aspects of English is that the same word can act as different parts of speech, or change the function that it has in a sentence from sentence to sentence. Many words can function as more than one part of speech: you need to look at the whole sentence, and analyse what role each word is playing to work out what part of speech is. To make things more confusing, language is always evolving, as we create new uses and meanings for words. One controversial but common practice is verbs being turned into nouns (this process is so widespread it has its own name: nominalisation). It is controversial because there is often already a useful noun that is neglected, and because it is generally regarded as poor writing (an article in the New York Times from a few years ago has a beautiful cartoon that illustrates both verbs being used as nouns, and why this can grate on the reader). But there is already a large group of words that look like verbs that are used as nouns all the time; we use them so often as nouns that it is easy to forget that they are also verbs. Those words are present participles but when they are used as nouns they are seen as behaving differently and are given different name: we call them gerunds.

What is a gerund? 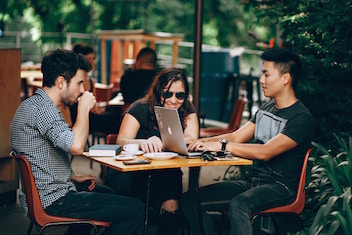 The simple definition of a gerund is a present participle (the verb form that ends in –ing) used as a noun. Consider these two examples:

In the first sentence, were meeting is a verb: were is the auxiliary and meeting is a participle (the present participle). In the second sentence, there is no auxiliary: is is the verb. There is no auxiliary before meeting; instead, the word the, the signpost of a noun, is the word before meeting. If we quickly check to see if meeting behaves like other nouns in forming a plural, we see that it does: one meeting, two meetings. Meeting in the second sentence, although it still looks like a verb, is in fact behaving as a noun.  It is a gerund.  (Note: other verb forms can also be used as nouns but only present participles used as nouns are called gerunds.) 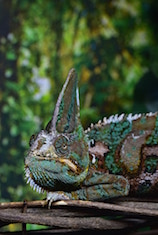 Here are some other examples: 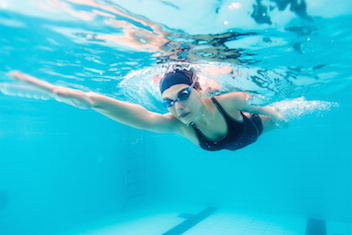 Gerunds are often used as the second noun in a possessive structure. Perhaps the most common example is the message widely used at Christmas: 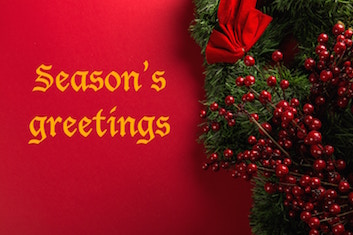 We use a possessive apostrophe because we are wishing someone the greetings of the season.

There can be subtle but significant differences in meaning if we don’t use a possessive form: the gerund ceases to be a noun and reverts to being a participle (although one without an auxiliary). Consider these two sentences. 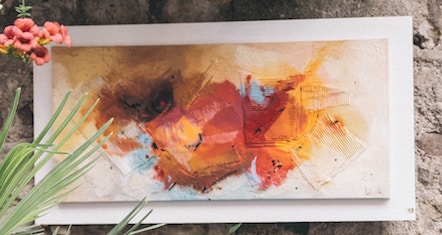 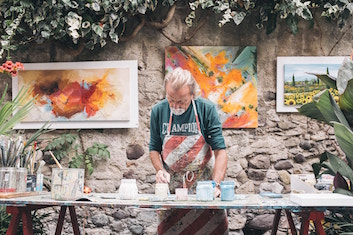 The need for the comma is more obvious if we use a different form of words:

This what the ‘rule’ about gerunds requiring a possessive is about. But it is worth remembering that there can be a different meaning when the gerund transforms back into a participle and the possessive form is not used. If that sounds complicated, think of it through examples. If you can see there is a difference in meaning between these two examples, then you understand this principle, and the difference between present participles and gerunds. 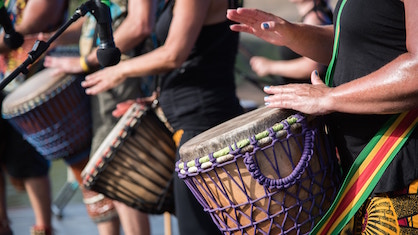 Photos: amphibious vehicle by Rafael Ben-Ari/stock.adobe.com; meeting by raw pixel and veiled chameleon by David Clode, both on Unsplash; swimmer by Ermolaev Alexandr/stock.adobe.com; greetings background by Toni Cuenca, painting and painter by Eddy Klaus, drummers by Lee Piggott, all on Unsplash